In the 1960s, Stephan von Huene’s sculptures testify to his interest in the traditions of architecture and furniture manufacturing on the US West Coast, in particular the Greene Brothers. The same is true for the cultures of the Native American populations, as reflected for example in the Totem Tone sculptures.

Von Huene used wood not in the spirit of classical sculpture, but instead in ways that rely upon the aesthetic of domestic objects of utility. His handling of leather alludes to the popular culture of bridles and saddles found among Californian farmers and cowboys. He deploys bread as well in a way that defamiliarizes an everyday material, one that is even evoked by the name Bakersfield, a small town near Los Angeles in whose vicinity von Huene worked at the time.

The early static sculptures are already characterized by the technical precision of their fabrication and by the integration of the base into the sculptural form, features that also typify the kinetic and sound sculptures he produced beginning in the mid-1960s, and through which von Huene developed a fundamentally new conception of sculpture. 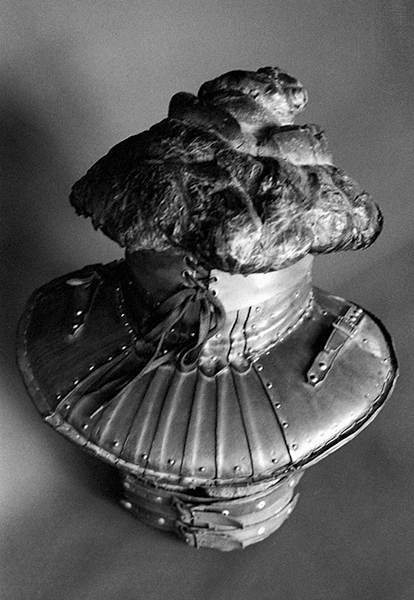 Visitor from Bakersfield I 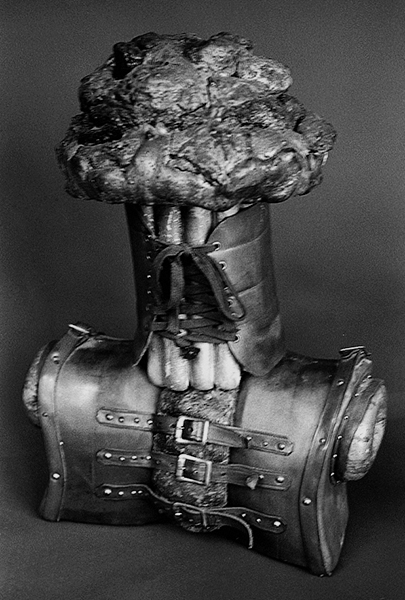 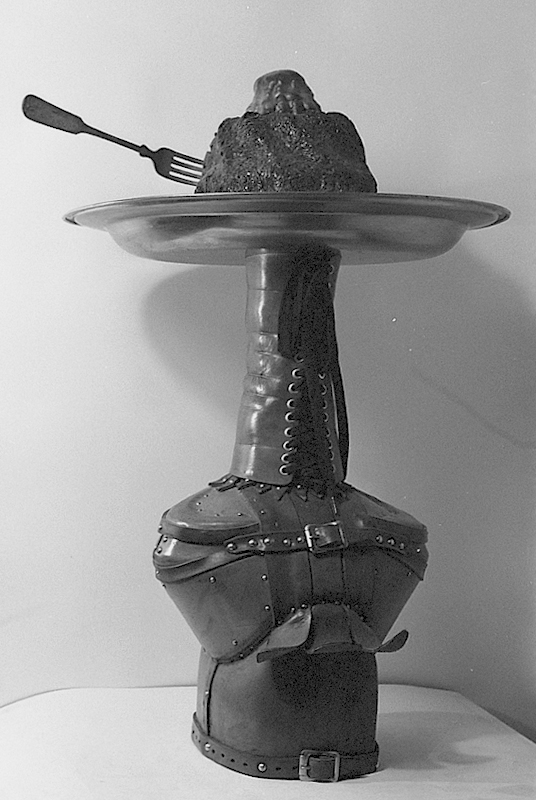 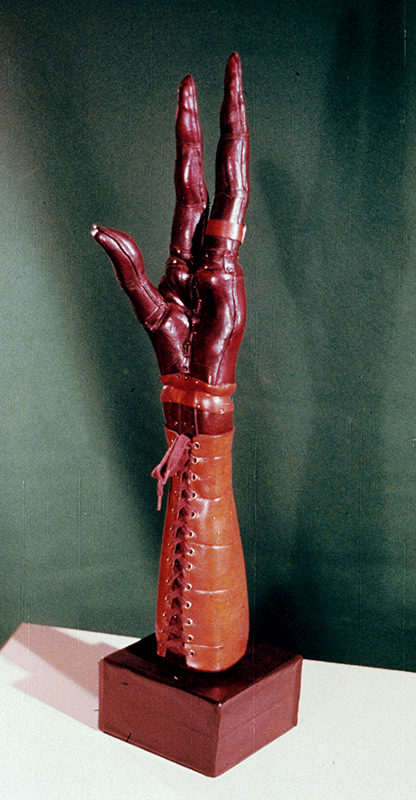 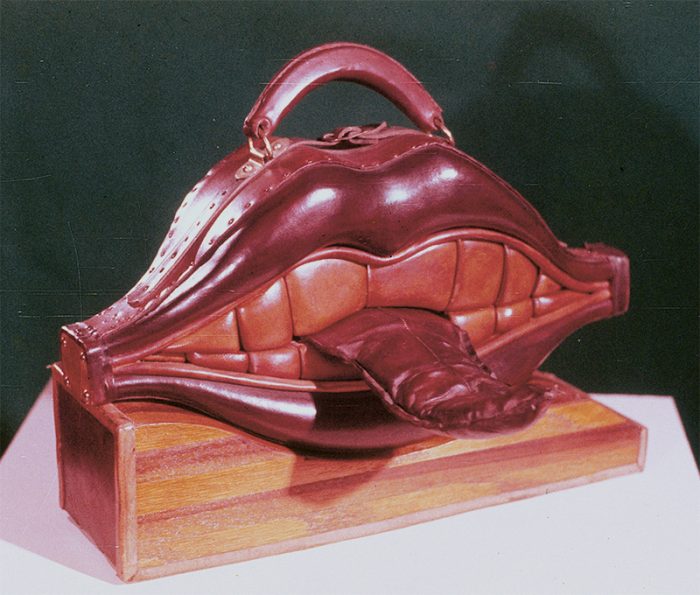 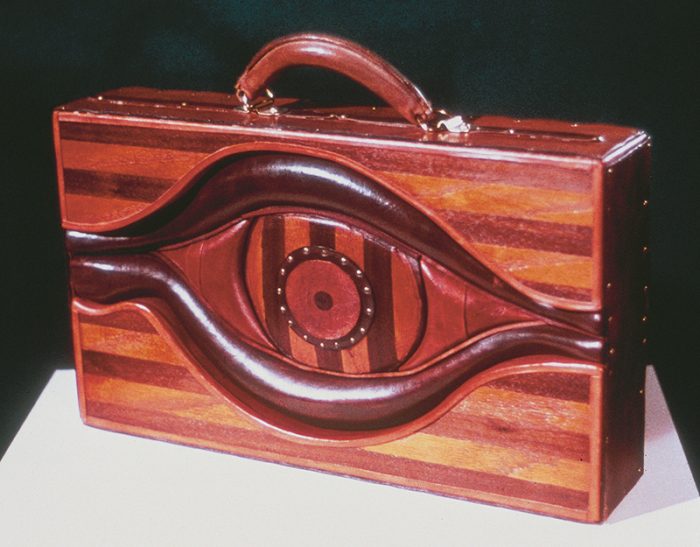 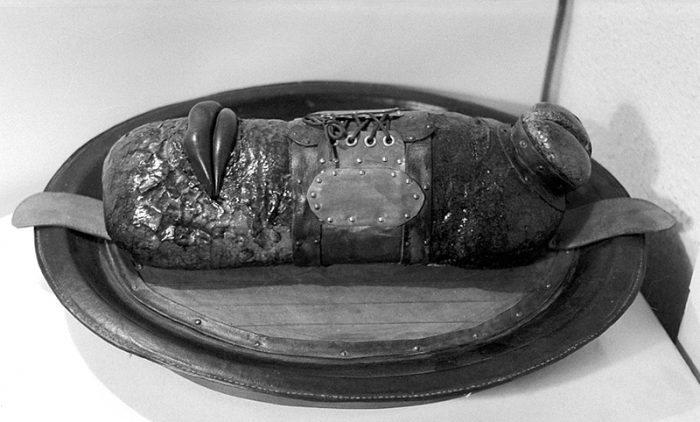 Comin’ Thru The Rye 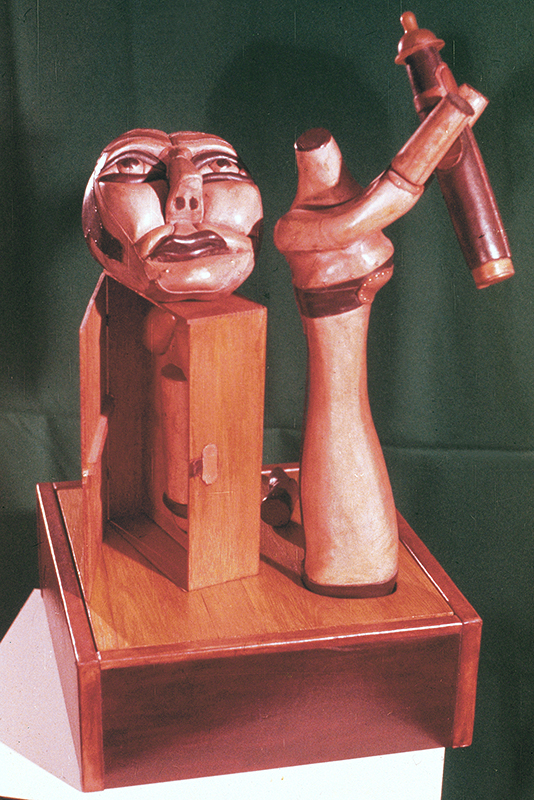 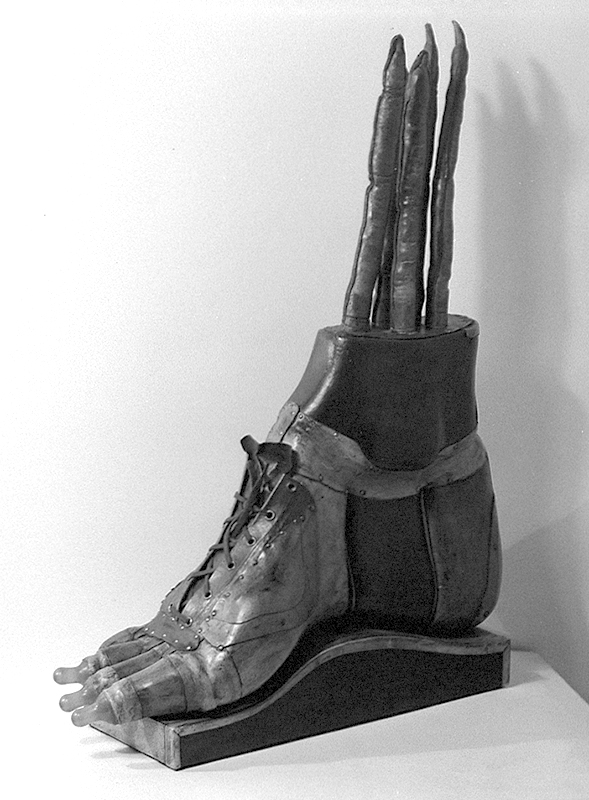 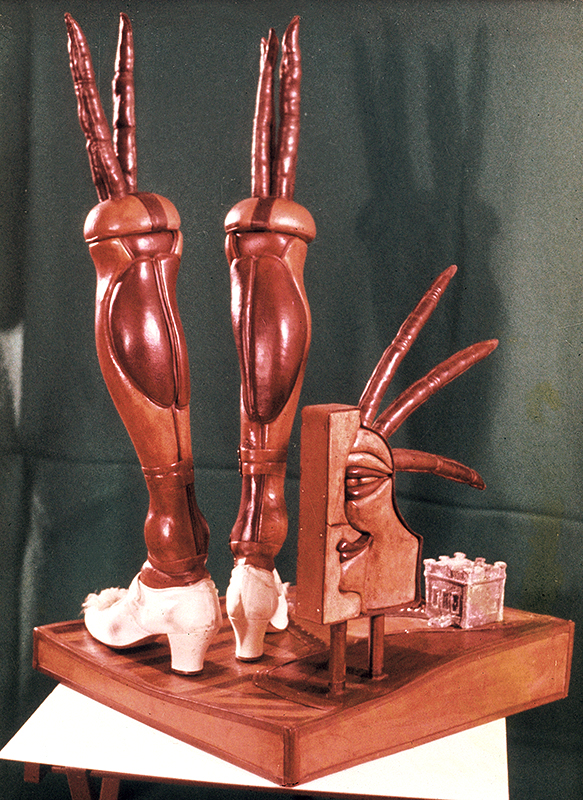 Marriage of the Cigar Indian’s Daughter