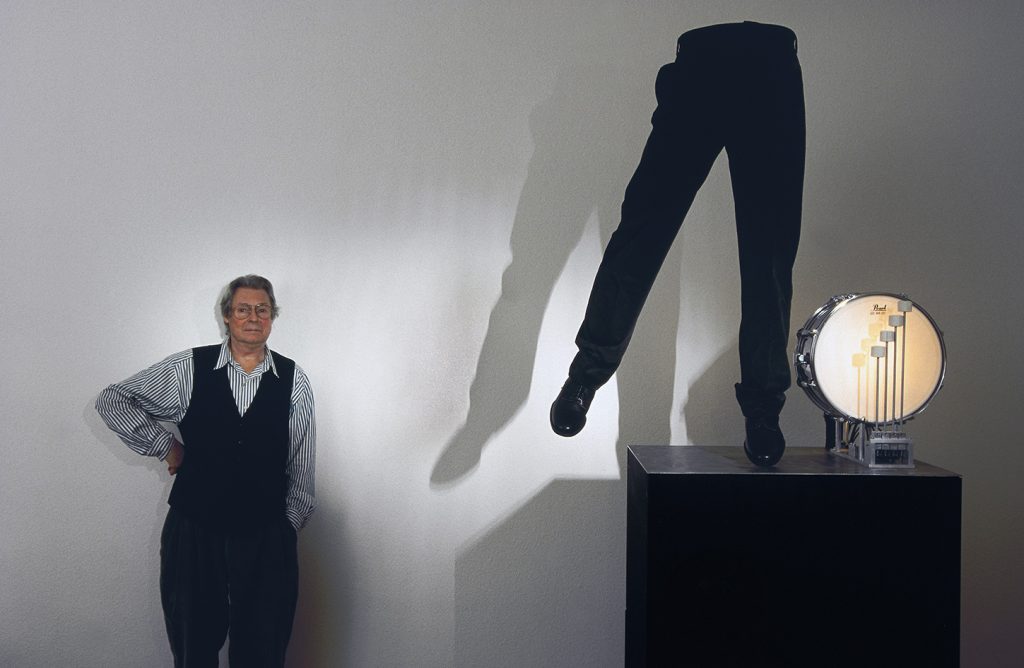 Stephan von Huene and The Man from Jüterbog, 1995

Stephan von Huene (1932–2000) was one of the founders of 20th century sound and media art. Beginning in the 1960s, he opened up innovative paths for acoustic and kinetic art through his sculptures – which he often called “machines” – while offering the public new perceptual and experiential possibilities. After studies in art and art history, von Huene began producing drawings, paintings, and leather sculptures. Realizing that these works failed to correspond to the times and to his intentions, he began to experiment with the construction of sound sculptures.

This website provides an overview of the works of Stephan von Huene. Listed alongside the sound sculptures are drawings, mind maps, and radio plays, as well as leather and bread sculptures. Recommended for a deeper knowledge of von Huene’s œuvre is a look at the catalog that accompanied the retrospective, the catalog devoted to his graphic work, and the volume of his writings. Listed here is an overview of the museums where von Huene’s works are found.

Current scholarly investigations of his œuvre include dissertations by Jesús Muñoz Morcillo and Alexis Ruccius. Since 2017, an association (Verein Stephan von Huene) has supported an awareness of this artist and promoted research into his artistic achievement (www.stephanvonhuene.de). Please feel free to contact us if you are planning publications about the works of Stephan von Huene or related activities: stephanvonhuene@posteo.de