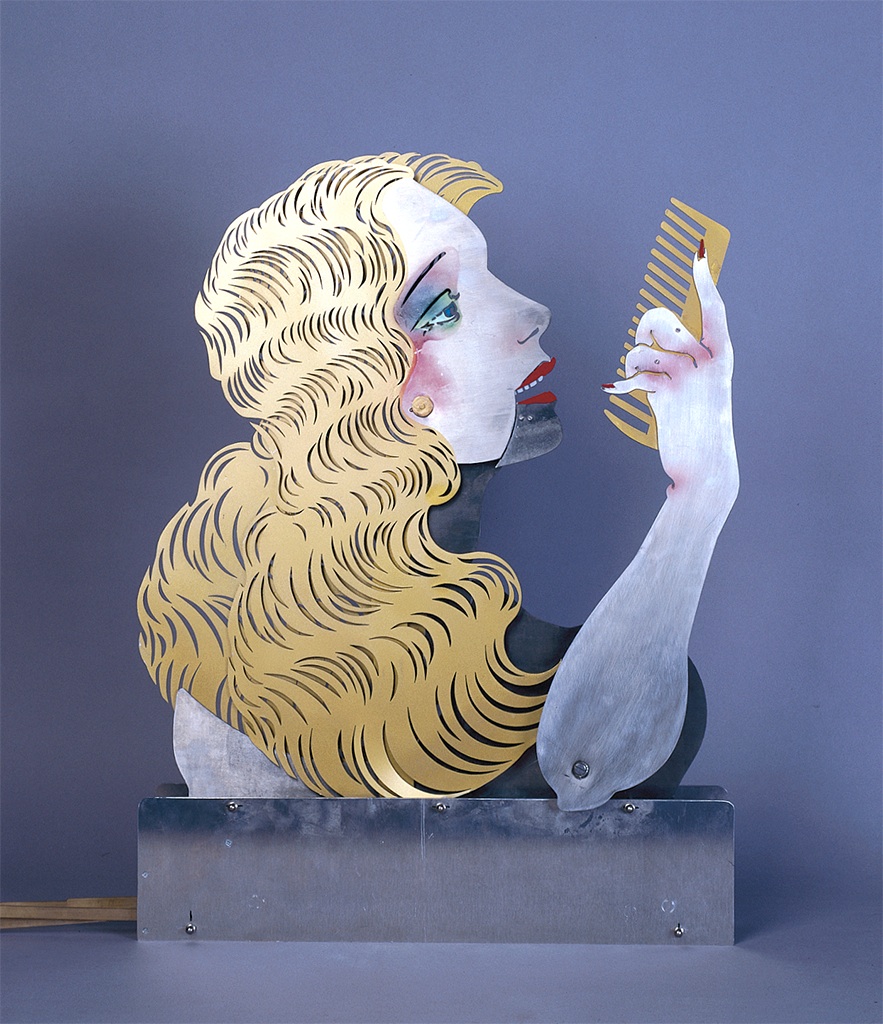 Model for a sculpture on the terrace of the Museum Ludwig,
colored metal, mechanics

In 1986, Stephan von Huene was invited to prepare a proposal for a sculpture for the terrace of the new Museum Ludwig in Cologne. He chose the motif of the Lorelei, whose home is located at the Rhine River, and was made world-famous by Heinrich Heine. Here, the double seduction of the combing of the hair and the bewitching song was intended to lure potential museum visitors into the building. A full-sized model, set up on the museum terrace, was greeted with emphatic and unanimous acclaim.

But when it came to the work’s realization, the responsible parties vanished, just like the fishermen in Heinrich Heine’s Lorelei ballad. The sculpture was never realized. Produced in 1997 were 10 computer drawings (D/C 1998-1–10), as well as the kinetic model on an iron base, today owned by the Stiftung Brandenburger Tor in the Max Liebermann Haus in Berlin.