Unlike the Smoke Drawings (D 1964-1–16) and the Pasadena Pencil Drawings (D 1964-50–114), which also date from 1964, the sheets bearing the numbers 17 – 49 in the catalogue raisonné constitute a loose sequence of drawings with diverse formats and contents. There is a certain stylistic proximity to the fragmentary bodily figurations of the later assemblage paintings. A conception of the human form as a sounding body links them to the pencil drawings from the same year. As though the figures had inadvertently entered alien bodies which speak unknown languages, the figural pairs engage in dialogue via individual letters, which are joined to form groups, but without generating meaningful words. The sheets D 1964-30–38 do not however belong in this context. The largely abstract horizontal compositions, characterized by fragmentation into small elements, could be seen as the landscapes within which the above-named figures confront their uncertain fates. 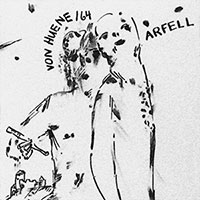 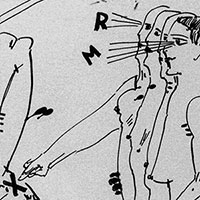 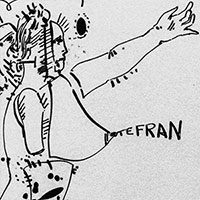 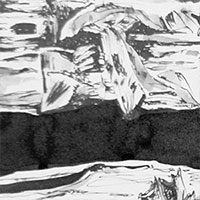 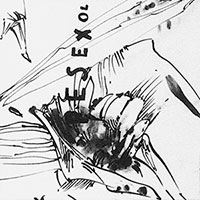 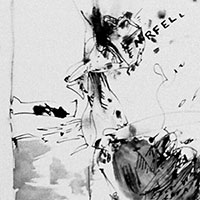 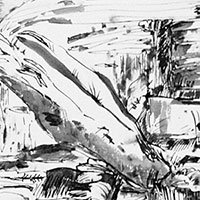 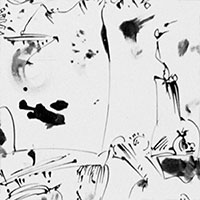 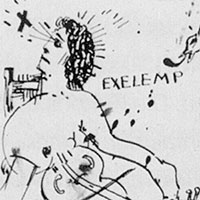